I get this question a lot after someone finds out that I’m vegan… “What do you eat?”

The simple answer is that I eat plants.

The complicated answer is more difficult to explain or put into print, but this post is my attempt at that.

My wife Tera and I eat a wide variety of whole plant based foods & try to limit our intake of processed foods. Even processed foods & junk foods that are “vegan” aren’t good (nutrition wise) and consumption should be limited. Of course, as you might expect, we also avoid all meat & animal products or derivatives.

We’re loving smoothies in the morning, so we often start out breakfast with a home made smoothie consisting of banana, berries (blueberries/strawberries/blackberries, sometimes raspberries), ground flaxseed, fortified almond or rice milk & usually either a cup of Kale or spinach. The fruit & berries overpower the greens, so there isn’t much “veggie” taste in the end product. They’re quite delicious! We switch up the ingredients depending on what we have, but we like to include banana + berries + a leafy green in each smoothie. These smoothies are energy boosters and can even have more of a kick than caffeine.

Other breakfast items we frequently have are hashbrowns, oatmeal with berries/fruit & cinnamon, almond – coconut or soy yogurt (I prefer almondmilk yogurt) with granola & berries/fruit (parfait style), faux sausage patties, pancakes, dairy-free waffles with pure maple syrup, whole multi-grain toast with almond butter, jam/jelly or Earth Balance buttery spread (made from non-hydrogenated oils), tofu scrambles (with or without soyrizo, chopped peppers, onions & other veggies) and bagels with Toffuti cream cheese (get the non-hydrogenated one with no trans fat, Sunflower carries it).

For lunch/dinner, we often have veggie & bean burritos with guacamole & salsas, various types of pastas (primavera with tomato sauce, olive oil with basil & pine nuts, gnocchi and many other types), no cheese pizzas with lots of veggies (we especially like to add banana peppers & pineapple), many different types of veggie burgers, tofu salad sandwiches (tastes very similar to egg salad sandwiches), veggie tacos, meatless meatballs (we dig the Trader Joes brand) on a sandwich or on a pasta, lentil-veggie or another vegan soup in a bread bowl, vegan chili with hot sauce on top of a baked potato or on french fries, various vegan Indian dishes (Tasty Bite makes some good ones) on top of a bed of rice.

Most decent restaurants will make you a vegan dish if you explicitly request it, even if there’s not an option listed on the menu. In fact, the chef will often enjoy creating something unique instead of preparing a regular item that they’re repeatedly making, day in and day out.

Photos of vegan foods that we eat

If you’d like to see a sample of the vegan foods that we eat, browse through my TwitPic gallery.

We don’t have a single “go to resource” for vegan recipes. If we’re craving a certain type of dish in particular we just do a Google search for that dish + vegan recipe. There’s a vegan version of just about any dish or recipe out there, even all those meals that are heavy on meat and dairy. Some aren’t that great, but many are delicious. Don’t be afraid to experiment, try some different things out and you’re bound to find some delicious meals that you’ll love.

This brings me to another point on variety of meals and variety of cuisine. Switching to vegan (and vegetarian) eating encourages you to try new plant based foods that you might have otherwise ignored. It’s certainly been the driving factor for me to try (and more often consume) many varied ethnic foods and different types of foods that I didn’t eat in the past. We now enjoy eating many different types of Asian cuisine (Chinese, Japanese, Thai & more), Indian food, Middle Eastern, Greek, Italian, Mexican and much more.

Recommended reading: The China Study. This book covers the most comprehensive nutrition study ever done, including many other nutritional studies and the relation of food to disease (hint: they recommend a vegan diet for optimal health & disease prevention).

Recommended Netflix Instant Viewing: Forks over Knives – This highly acclaimed modern day documentary illustrates how you can use the power of your fork, by eating the right (vegan) foods, to avoid the knife (medical problems, surgery and disease). Also available on DVD.

Change your Food, Change your Life. It’s a low budget presentation/documentary that gives a common sense overview on the enormous health benefits of eating vegan, including the effects on disease prevention. It starts out a bit slow, but it’s definitely worth a view and it was one of the things that inspired us to start eating vegan.

Recommended DVD viewing: Eating – a documentary on disease and nutrition. Contact me if you want to borrow my copy.

Recommended websites:
VegGuide.org
VEGPhoenix Meetup.com group
VegPhoenix.com Restaurant list
AZVegan Restaurant list
My Yelp Reviews (reviews prior to Sept 1, 2010 are not vegan minded)
Vegan Eating Out – Great resource for finding out what is & isn’t vegan at most restaurants

If you have questions on something in particular, let me know! 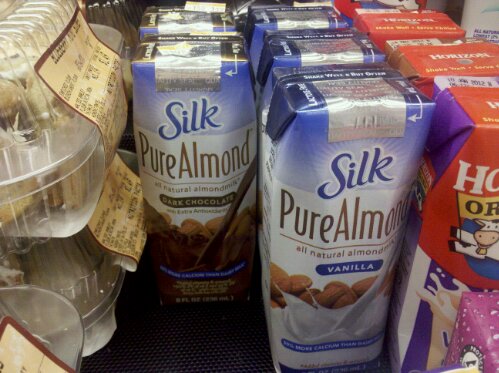 My quest for an almond milk latte 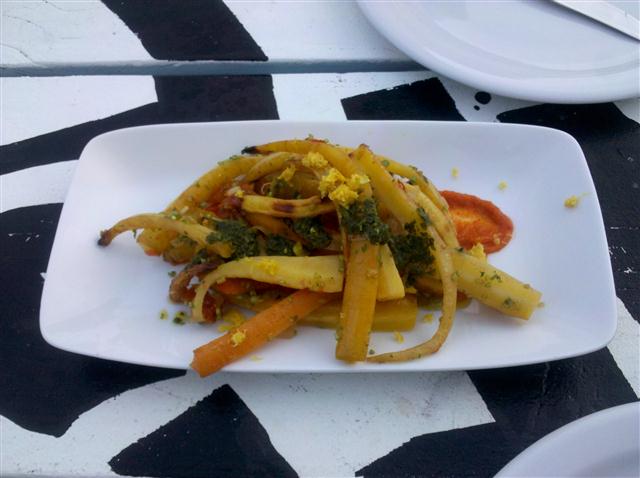 9 Comments on “Vegan, what do you eat? (in North Phoenix)”