Last night, I attended a live filming of Diggnation at the Tempe Center for the Arts (TCA), in Tempe, AZ. Big thanks to @EvilBobby for getting me on the VIP list. I showed up around 7pm and cruised over to the GoDaddy area to pick up my ticket. Tons of people were still trapped outside, waiting to see if they would be allowed entry, as most seats were first come first served.

After gaining entry and picking up my ticket, I cruised around the TCA lobby area to see who was in attendance. Fellow Phoenix tweeters were abound. I chitchatted a bit with @chuckreynolds, @tambre, @paulvalach & @georgie_phx. I also got a chance to meet @Clintus @KtHaney @brianshaler & @transparnthuman.

As I stood in line at the TCA bar, waiting to get a drink, I noticed many peeps walking around, happily sipping on tasty Fat Tire ales. I ordered up a Fat Tire once I got to the front of the line and was promptly told that they were all out (the bartender said they only had the few beers standing on display at the bar; Budweiser, Miller? & another crappy beer). Not one for craptastic beers, I then made do with a mixed drink. As soon as I took my first sip, the girl in line behind me asks for a Fat Tire and the bar tender pulls one out of the fridge and hands it to her. Really?? Really TCA bartender? I asked him “I thought you were all out?” and then he tells me “that was my last one”. I shrugged it off, as I wasn’t going to let this little bartending blunder ruin my night.

This was my first time at the TCA and I was impressed. It’s a relatively new building and fits 600 attendees. The only thing that sucked was the lack of mobile phone service inside the theater. Most people were getting zero signal inside. 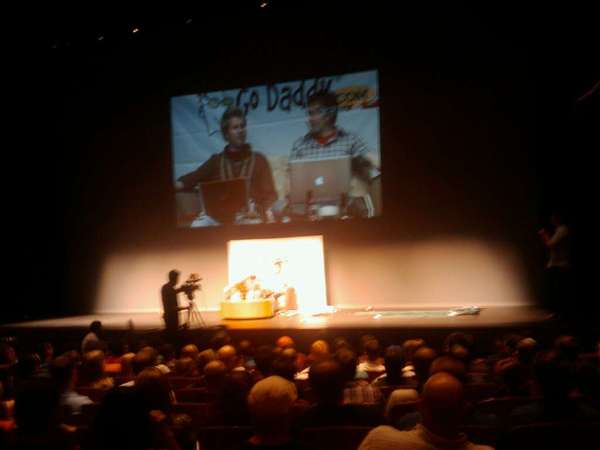 The actual Diggnation show was a ton of fun. Lots of antics and hilarity ensued.

Highlights include the GoDaddy girls giving away all types of swag, the weird @unicorn, Kevin & Alex chugging beers to the crowds’ “chug” chant, Kevin hitting stress balls into the audience with a putter, the putting contest and the main part of the show itself, which featured the funny conversations and antics of Kevin & Alex – the show hosts.

I wouldn’t call myself a Diggnation fan before I attended this show, but I would now. If you attended, how did you like the show?

More coverage over at NewTimes. 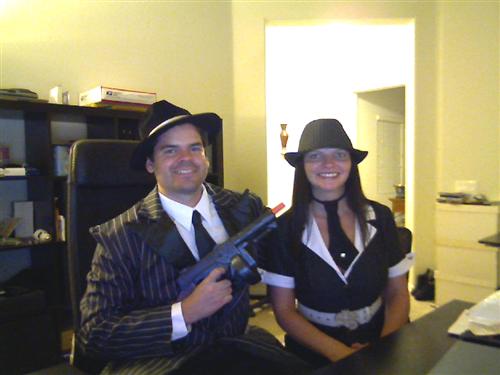